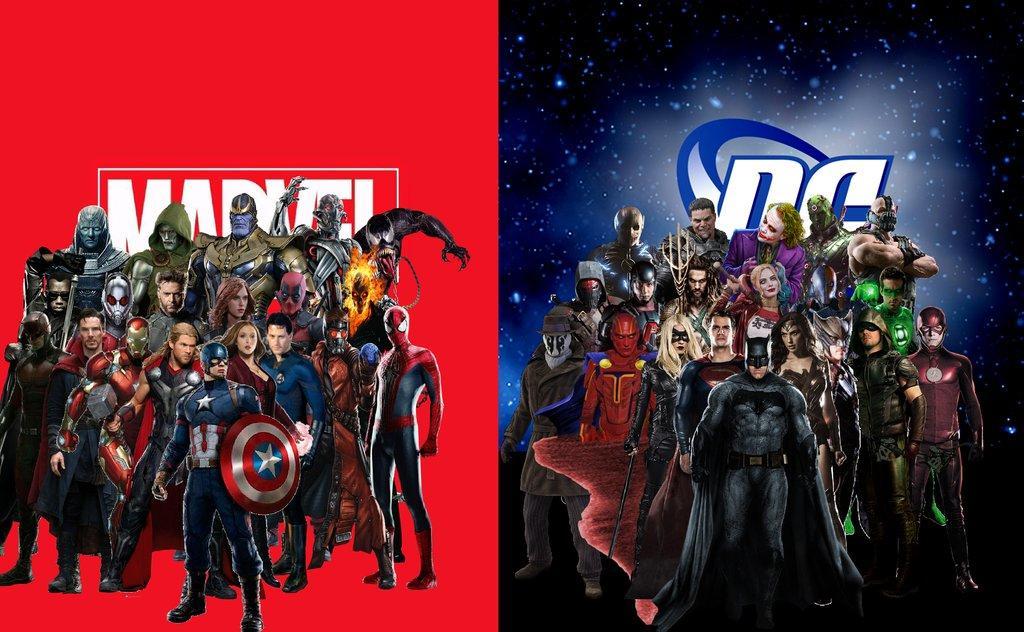 For many people nowadays, their first foray into the amazing world of comic books and superheroes comes from watching the Marvel movies. And hey, there’s no shame in that: as an aging comic book fan myself, I love seeing the new generation of fans light up with delight when they see a hero battling a villain on the big screen. I love it even more when it inspires those fans to pick up comic books and start reading all the wonderful stories I read when I was younger.

But because their introduction to the world of comics comes from the movies, new fans are going to have a lot of questions about various characters and storylines. Again, that’s ok (side note: I’m appealing to the older comic book fans out there. Let’s stop gatekeeping, shall we?), and I’m here to answer some of the most frequently asked questions I’ve been asked, and I’ve seen online.

But first, a few clarifications:

Yes, Disney owns Marvel. The Mickey Mouse Empire bought out Marvel Entertainment on August 31, 2009, for a whopping $4.24 Billion. This means that Disney practically owns both Marvel Comics and Marvel films. Whether or not this is good or bad, I can’t really say. Yes, it looked like Disney was phasing out X-Men and Spider-Man comic books when it was clear that Sony Pictures (the studio that owns the film rights) wasn’t keen on selling, but it turned out that they were simply prepping them for a reboot, in anticipation of the MCU’s phase 4.

Yes, phase 4. How many Marvel movies are there at the moment? 23, but expect that number to double over the next decade once Phase 4 hits. And after that, phase 5, where an estimated 20 Marvel comics films will be released. After that, who knows? Maybe the MCU can be so big it can cover all the existing Marvel titles and storylines.

Is X-Men Marvel or DC?

The X-Men belong to Marvel, but their movies are produced by 20th Century Fox. The X-Men are probably one of the most well-known superhero teams in the entire comic book industry. Unfortunately, due to complications between Disney and Sony Pictures, the X-Men, despite being integral to the entire Marvel storyline, is not part of the Marvel Cinematic Universe (also known as the MCU).

The X-men are a group of mutants under the leadership of Charles “Professor X” Xavier. Each of the members of the X-Men have unique powers, and their lineup has changed extensively since their inception in 1963, with multiple off-shoots of the original team (i.e. X-Force, X-Caliber, Uncanny X-Men, to name a few) comprising different members from the Marvel and X-Men universe.

Is Deadpool Marvel or DC?

Deadpool belongs to Marvel, but his movies are produced by 20th Century Fox. Originally a supervillain going up against the X-Men, Deadpool’s popularity quickly shifted him into an antihero, thanks to his wit, humor, and his frequent breaking of the fourth wall. Deadpool’s real name is Wade Wilson, and he started off as one of the world’s foremost mercenaries before he submitted himself for human testing of a serum that would accelerate his healing factor (ala Wolverine). Unfortunately, it worked too well, as the serum accelerated his healing factor so much that his body is constantly producing tumors.

What makes Deadpool unique, however, is his almost preternatural sense of self-awareness: Deadpool is completely aware that he’s a character in a comic book. Although, more often than not, he uses this awareness to crack jokes and make witty repartee with his opponents (however, he has used this to best his opponents by reading the comic book to the end to gain insight about who he’s dealing with). He’s exceptionally skilled with most firearms, hand-to-hand combat, and is extremely agile.

Is Spider-Man Marvel or DC?

Spider-Man belongs to Marvel, but (most of) his movies are produced by Sony Pictures. One of the first comic book heroes produced by Marvel, Spider-Man first appeared during the Silver Age of Comic Books in 1962, a full-year before the X-Men. As one of Marvel’s most successful comic book characters, Spider-Man has appeared in various TV shows (both live-action and animated series), merchandise, and has featured in various cross-over issues with other Marvel titles.

Since the birth of the MCU (starting with the first Marvel movie Iron Man in 2008), most, if not all, Marvel comic book movies have been produced with the intention of incorporating them into a single, shared universe (much like in the comic books). However, Sony Pictures refused to give up the rights to a few titles they’ve owned since the early 2000’s –namely, X-Men, Fantastic Four, and yes, Spider-Man –making it difficult, if not impossible, to incorporate these characters into the MCU.

However, thanks to a licensing deal brokered by Disney and Sony, Spider-Man was introduced into the Disney-produced MCU during the events of Captain America: Civil War before spinning off into the Disney-Sony co-produced Homecoming and Far From Home.

Is Venom Marvel or DC?

Venom belongs to Marvel, but his films are produced by Sony Pictures, although at the moment existing in its own universe. Venom is one of Spider-Man’s most notorious nemeses, and while he originally started out as a villain, over time, Venom has become a highly successful anti-hero. Venom is actually an alien symbiote that bonds with human host, with its first host being Spider-Man himself. After separating from Spider-Man, Venom inhabited various other hosts, with the most popular being Eddie Brock.

As a symbiote, Venom takes on all the powers of its host, although Venom himself as autonomous defense capabilities like spikes and camouflage. When bonded with a human, Venom brings out that person’s nefarious nature, and because of his time bonded with Spider-Man, grants his host with some of Spider-Man’s abilities. The 2018 stand-alone film Venom re-introduced the character, retconning Eddie Brock as a disgruntled journalist who bonds with the symbiote during an expose of a corrupt pharmaceutical company.

Is Hellboy Marvel or DC?

Hellboy belongs to Dark Horse Comics, an independent comic book company. Hellboy debuted in August of 1993 as the titular character of his own series of comic books. Since then, he’s appeared in various one-shots, miniseries, and feature films. Half-human, half-demon, Hellboy’s real name is Anung Un Rama, which means “And Upon His Brow is Set a Crown of Flame”. He was summoned to Earth from Hell while he was a baby by Nazi Occultists, but was rescued by Professor Trevor Bruttenholm of the Allied Forces. The pair will eventually become key figures in the United States Bureau for Paranormal Research and Defense.

The first Hellboy movie was released in 2004, to much critical acclaim. Since then, Hellboy has been featured in several other publications, including DC (with Hellboy appearing in the DC videogame Injustice 2).

Is Spawn Marvel or DC?

Spawn belongs to Image Comics. Created by Todd McFarlane in 1992, and the series is known for its extremely graphic content and adult storylines. Spawn started off as Albert Simmons, a United States special operative who is killed in combat and sent to Hell. There, he makes a deal with the demon Malebolgia, wherein Simmons agrees to serve him as a Hellspawn in exchange for seeing his wife one last time. Unwilling to go back to Hell, he instead walks the Earth as an Anti-hero, battling street thugs, organized crime lords, and the occasional demon.

Spawn has been consistently cited as one of the best comic book characters of all time, not just for the gritty realism of the characters, but also to Todd McFarlane’s unique art style and direction. The series was adapted into a 1997 feature film, an animated series, action figures, toys, and a Japanese Manga.

Will We Ever See Captain Marvel vs Thor vs Superman?

Highly unlikely, as these franchises exist in different universes. Although, back in the ‘90s, Marvel and DC teamed up to create a series of inter-company crossovers under their shared publication company Amalgam Comics. These comics saw various Marvel and DC characters being combined into amalgam characters (hence the name), e.g. Wolverine and Batman became Dark Claw while Captain America and Superman were combined into Super-Soldier.

The Amalgam comics ran for 2 years, releasing 24 comic books, and if you can find it, you should read it because it’s an amazing take on well-loved characters.