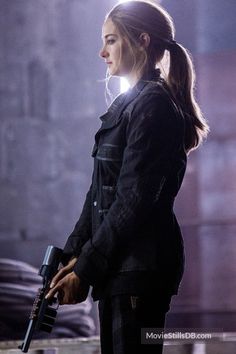 In the realm of fandoms, one of the features that are common in many series is the question of what sub-group a person belongs to in a certain faction. Are you Gryffindor? Targaryen? A Hobbit? Or what caste are you in the Selection Series‘ society?

Having sub-groups in a fandom is a way for the fans to immerse themselves into that world However, more often than not, you’ll find that at least one sub-group in every fandom is always the butt of the joke among other sub-groups. For instance, remember when Pokemon GO! came out and there was a war between teams? 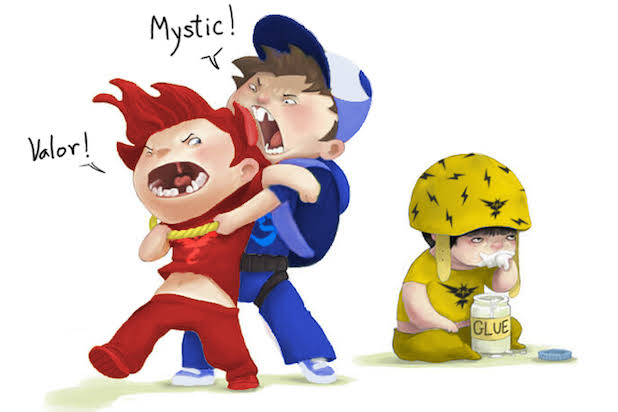 Or when, in the Harry Potter universe, Hufflepuff was seen as the weakest Hogwarts House? 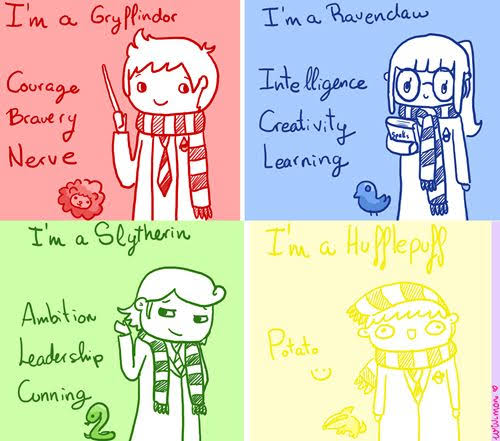 Today, we’re gonna talk about one group that’s always overlooked and underestimated. Or rather, one faction. Specifically, the Candor faction. The Divergent series started out as one special girl’s quest to fit in her new home in a society that segregates its citizens based on which one trait they should value most, and then developed into a story about her delving into genetics and eugenics. And while the film series wasn’t as successful as the books, there’s still definitely a lot to say on Candor’s behalf.

Prior to the Divergent series, there was a civil war known only as “The Purity War” that took place centuries before the start of the first book. The United States government began an experiment to create “genetically pure” citizens. Studies have shown that something in a person’s genes can give them negative behavioral traits like low-level intelligence, selfishness, cruelty, and more. They hoped that, by genetically manipulating Americans, they would create genetically pure humans that carried all the good qualities. However, the results of the experiment resulted in “genetically damaged” people that were even worse and led to the war that wiped out over half the population of North America.

To fix this, the Bureau of Genetic Welfare established multiple walled-off cities where genetically damaged humans would continue to live until such a time that generations pass and future generations’ genes are more likely to be healed. While it’s unknown how many of these cities are still active, Divergent focuses on Chicago, which was considered the most successful one. As generations passed in Chicago, however, the truth about the experiment was forgotten and most people were raised to believe that the city was walled-off from the rest of the world because the war left the outside world uninhabitable.

While it’s unknown how society operated in other cities, in Chicago, society was divided into five main factions: Abnegation, Amity, Candor, Dauntless, and Erudite. These factions represent the different traits each group believes to be the key to eradicating evil (instead of the original belief that all traits are equally needed). Those who live within a certain faction must adhere to a faction’s beliefs. A person born into one faction can choose to continue living in the same faction or move to a different faction at the age of 16. If they cannot live by their faction’s beliefs, they become factionless and live in poverty.

Candor is one of the five factions in Chicago. Members of the Candor faction believe that evil and war were caused by people who lie and deceive. Thus, they value honesty above any other trait. Everything about their lifestyle highlights their views on honesty, truth, and transparency since they believe that this is what will lead to a perfect society.

In the Divergent series, Candor’s symbol is a set of uneven black scales against a white background. This symbolizes their upholding law and order by knowing all the facts and being transparent. Because of their utmost regard for the truth, members of Candor are placed in leadership positions in law. They are responsible for learning all the facts in the case and using a “truth serum” to know all the facts before dispensing justice.

Natural-born Candor members are taught to value honesty and trustworthiness over any other value. As a result, most members of the faction can have personalities ranging from talkative, blunt, social, or even cruel. Either way, they will always speak the truth, even if it is insulting or disrespectful. Likewise, they prefer people to tell them the truth rather than to be lied to protect their egos or told half-truths or sugar-coated statements. Candor looks down on people who are dishonest, particularly those in Amity. Since Amity upholds peace in their faction, Candor knows they are willing to lie or hide the truth to stay peaceful.

A Candor member can be identified from a crowd because they wear black and white. Their attire symbolizes how they believe that the truth is “black and white.” They’re known to wear formal attires like dresses, blouses, slacks, suits, and ties.

Both Candor-born and transfers must undergo the initiation. At the Choosing Ceremony, 16-year-old candidates must put a drop of their blood on glass, which symbolizes Candor’s transparency and the reflection of honesty. During the initiation phase, Candor initiates must take lie detector tests. During the final test, they will be given a dose of their “truth serum” and, in a room filled with all of the Candor’s members, answer questions that reveal their deepest secrets. Candor believes that if a person’s secrets are out in the open, they’ll have no reason to lie since the worst facts about them are all in the open.

Among all the factions in the Divergent series, Candor doesn’t have much of an effect in the series’ main conflict except to move the story arc of Tris feeling guilty of killing Christina’s boyfriend, Will. Sure, Honest Trailers associates Amity with Hufflepuff, but look at how they consider Candor and compare it to the way people take Hufflepuff for granted.

In Insurgent, Max (technically Jeanine since she was the one controlling him what to say) calls Candor the only disposable faction among the five, which I think adds to the notion why Candor is a useless faction. After all, in the civil war that happened during the series, there wasn’t much of an effect Candor had: Abnegation was the power that was toppled, Erudite was the one that usurped Abnegation, and Dauntless was the muscle Erudite needed to start the coup. Amity didn’t have much of a part in the battle, but you could argue that they have. Amity is responsible for producing the food resources for the entire city. Remember: the entire city is closed to the rest of the world, so to everyone in Chicago, resources are limited to what Amity harvests. Erudite accused Abnegation of taking additional food resources meant for the factionless for their own faction, so Amity becomes involved.

Candor, however, isn’t involved in the conflict. Their normal job is within the government but in a legislative and judicial sense. A Reddit user argues that Candors become the teachers, doctors, and any job that requires honesty, but there is no proof that backs this up. And even then, it’s more logical that those jobs end up with Erudite, seeing as they’re the ones who study and become experts in certain fields, making them more qualified to handle those jobs. Abnegation, on the other hand, holds the executive branch of the government. In a time of conflict, that part of the government holds no bearing. After all, you wouldn’t expect Eric and Jeanine to stand in front of Candor to answer for their crimes. Since they’re breaking the rules to stage a coup, they’re unlikely to follow due process and willingly stand trial under truth serum.

And even in a real-life position, many believe that Candor exists in the novels simply because the author, Veronica Roth, wanted to round out the factions. In an interview with POPSUGAR, Roth actually came up with Abnegation, Amity, Dauntless, and Erudite first. Candor was the last one to be added because, in a society that’s built on the traits necessary to stop evil, it only made sense that a faction based on honesty existed.

Sure, it’s hard to take Candor seriously when it has a very small role in the series. But consider this: just because they weren’t part of the main conflict does not mean they weren’t important. Take a look at Hufflepuff in the Harry Potter series. No one in Harry Potter’s group of friends (Ron, Hermione, Luna, Ginny, and Neville) came from Hufflepuff. You could argue that none of them were Slytherin either, but you know that with characters like Snape, Voldemort, and Draco Malfoy, Slytherins got enough screen time. However, that’s not to say that Hufflepuff is the weakest. A lot of people assume that when the Sorting Hat said Helga Hufflepuff “takes all the rest” students who didn’t fit in with the other Houses, she was taking in people who weren’t smart, brave, or cunning. That’s not the case: Hufflepuff is home to the loyal and good, those who can be smart, brave, cunning, or even a combination of these three traits, but they will give up learning new wisdom, choosing to be daring, and ambition if it means doing the right thing.

The same can be said for Candor. One theme in the Divergent series is the fact that one faction’s values can be corrupted. For example, Erudite is right to believe that an educated person can avoid making evil or ignorant choices (after all, studies in real-life show that education can reduce crime). However, as seen in the series, knowledge without compassion or a moral compass can be abused. Or how Amity always imposes peace without caring about the conflict at hand. Candor’s negative trait is their tactlessness: Tris could have told Christina about Will’s death at a more appropriate time.

But on a day to day basis before and after the events of Divergent, honesty plays a very important role. In a perfect society, the truth is black and white and Candor wouldn’t need to do their job if honesty was a given for all the other factions. Candor exists to highlight the shortcomings of each of the other factions and how they exist to literally round out and keep the rest of the factions in check.