Does the Walt Disney Company Own Marvel Studios?

Walt Disney has built a company, a household name, and an empire that stretches across virtually every aspect of the entertainment industry – including Marvel Studios.

To put it simply, yes it does.

Disney bought Marvel Studios in 2009 for $4.24 billion. The move tremendously changed the game for Marvel. Though the brand has been popular for decades, especially among comic book readers, the content it produced outside comic book pages weren’t all successful. Films made prior to the MCU like Ghost Rider, Daredevil, and Man-Thing didn’t do well with regular viewers and weren’t cinephile magnets. Even the first Marvel movie, Howard the Duck, was produced by Lucasfilm and was a major flop.

But when Disney announced a deal to acquire Marvel Entertainment, that was the beginning of a worldwide entertainment phenomenon. Superheroes like Iron Man, Captain America, Thor, and Black Panther have become beloved by people of all ages, with fans and casual viewers alike flocking to the theaters every premiere night. Some of the side characters such as Loki, Falcon, and the Winter Soldier are even getting their own TV shows on Disney+, Disney’s own streaming service.

Now that Disney owns Marvel, the home of the Avengers is undeniably one of the biggest names in films and comic books. We can’t even count how many Marvel movies there are in our fingers and toes! But if there’s one thing we’re sure of, it’s that Marvel helped further cement Disney’s dominance in the pop culture sphere. It has also been their reliable profit-generator for the past decade.

Why Did Disney Buy Marvel?

Even though Marvel is arguably the crown jewel of the Disney company today, some executives were first hesitant about the acquisition. Current Disney CEO Bob Iger revealed in his book, The Ride of a Lifetime: Lessons Learned from 15 Years as CEO of the Walt Disney Company, that he had initial rumblings with former CEO Michael Eisner about Disney owning Marvel.

Members of the board also thought that Marvel was too edgy and that it would tarnish the Disney brand. At the time, there was an assumption that Disney was a single monolithic brand and Marvel just didn’t fit in with their image.

Well, let’s hope the executives who objected learned from their mistakes, because Marvel Entertainment continues to produce box office hits, especially with Avengers: Endgame being the highest-grossing movie of all time.

Today, Disney has made over $18 billion dollars at the global box office from Marvel movies, more than four times the amount they purchased it in 2009. Now, that’s certainly a lesson on how to forge ahead in business.

How Much of Marvel Does Disney Own?

Disney owns Marvel completely, but the company doesn’t own all of the Marvel characters. In the late 1990’s, Marvel was on the verge of corporate bankruptcy after the comic book industry started to collapse.

One of the ways they generated cash was by selling the movie rights to some of their characters. For instance, Sony bought the rights to Spider-Man, Fox got X-men and the Fantastic Four, and Hulk went to Universal.

However, there are loopholes. For instance, Disney and Sony have a deal where Disney can include Spider-Man in the MCU. Sony still owns the rights and can make their own movies, hence the Venom movie last year. Disney and Universal also have a deal where Hulk can be part of the MCU, but Disney isn’t allowed to make a solo movie.

Thanks to Disney’s $71.3 billion acquisition of 20th Century Fox, Marvel (and in this case, Disney) will now own the rights to the characters from the Fantastic Four and X-Men series. For fans of the superheroes, this is great news, considering that Marvel makes good movies and Fox’s superhero movie history is rather…questionable. Wolverine Origins, Dark Phoenix, and 2015’s Fantastic Four are notorious for being bad superhero flicks.

But will we see some of the Fantastic Four and X-men heroes in the established Marvel Cinematic Universe? Probably not. While the MCU doesn’t abide by a hard set of rules, it’s highly unlikely that the characters will fit into Marvel’s cinematic formula.

For instance, mutants’ existence within the MCU would spark up questions such as: How did the X-Mansion operate all these years without SHIELD noticing? What were the mutants doing during major events in the MCU like the alien invasion in New York, Ultron’s terrorist attacks on Sokovia, and Thanos’s snap?

Marvel could come up with ideas, but it would be difficult to create chronological alibis that would fit seamlessly into the established MCU timeline.

Disney Owning Marvel: How It Changed Everything

Disney can’t brag about creating the MCU, but it can take credit for turning it into what it is now. The first Marvel film distributed by Disney was The Avengers in 2012, and they later bought the distribution rights to Iron Man, Iron Man 2, Thor, and Captain America: The First Avenger. Under Disney’s wing, Marvel took more risks and explored lesser known characters from the comics that ended up becoming a hit (prime example: Guardians of the Galaxy).

Although not all of the MCU films are perfect (Thor: The Dark World is widely considered as a bad film), Disney actually had the balls to connect superhero universes and turn it into a successful franchise.

They also didn’t stop at films. Disney took Marvel to television and streaming, with shows like Daredevil, Agents of S.H.I.E.L.D., Agent Carter, and Jessica Jones. Though these shows achieve the same success and impact of Marvel movies, they certainly helped in growing Marvel’s and Disney’s dominance in the media.

With Disney+ going strong, Marvel is now working on various TV series connected to the films in the MCU. For example, Falcon and the Winter Soldier will kick off in August 2020, ushering in the next era of Marvel television with upcoming shows Loki and Wanda Vision. These shows will not only expand the universe even more, but they will also make fans subscribe to platform so they can keep up with the next phases.

What Other Companies Does Disney Own Other Than Marvel?

To be honest, a better question would be: What companies does Disney not own? From superheroes to wildlife documentaries, the Disney corporate umbrella stretches worldwide, holding stakes in more companies than we can possibly list in a single article. But if you want to know all of the assets that Disney owns worldwide, here’s an infographic that shows just how enormous Disney’s reach is.

Overwhelmed by how much the Walt Disney Company owns aside from Marvel? We’ll break down some of the info into specifics.

What about the brands under Disney?

Disney made smart business decisions by acquiring as many valuable properties as they could over the years and turning them into Disney brands. Here’s a list of franchises owned by Disney:

Visualizing how much Disney owns is a trippy experience. Just in entertainment, the Walt Disney  company owning Marvel, ABC, Fox, ESPN, Pixar, FX, and Lucasfilm is ready an insane idea. But that’s not even the tip of the iceberg. Included with those catalogs are all the rights they purchased since the existence of those companies.

When you think deeper about it, it almost seems like the fact that Disney owns Marvel isn’t such a big deal, even though it is. It’s just that they have multiple other companies bringing in cash to the table.

Today, the conglomerate employs over 10,000 people and their revenue alone for 2019 was $69.57 billion. It’s hard to wrap one’s mind around just how huge the Walt Disney Company is, and how it only seems to be gaining momentum. With the power they hold, for sure they’ll continue shaping all of media in the next century.

Walt Disney (the person) technically does not own Marvel or Disney but if he were alive today, he would be overwhelmed at how much his humble beginnings have transformed into a multibillion-dollar business. His frustrations as a cartoonist and story ideas for Mickey Mouse have ballooned into something spectacular that continues to surprise the world.

How awesome is that? 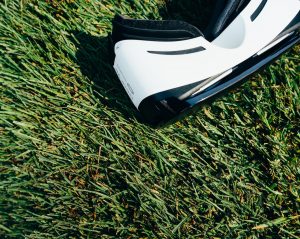 Why is VR gaming unique?

Designing Your New Kitchen? Have You Considered a Wooden Worktop?

Am I an ideal candidate for Family Law?

Where to get dental implants and when do you need them?