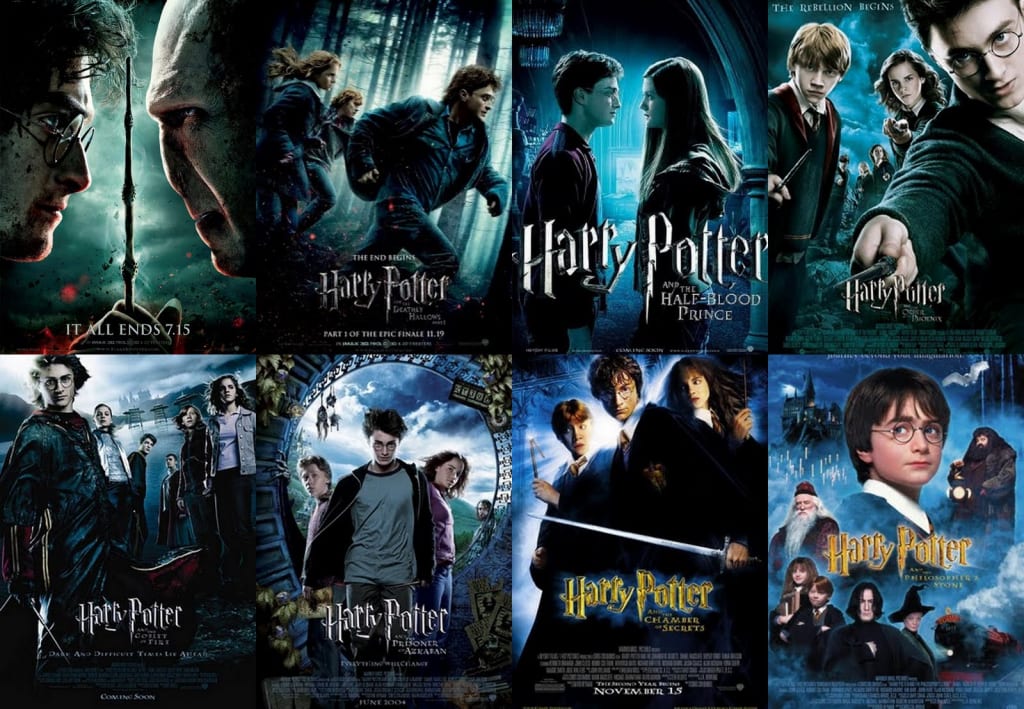 With the impending release of the rest of the Fantastic Beasts series (for better or worse), I feel like it’s high-time to relive the original magic of the Wizarding World by having a Harry Potter movie marathon! As one of the very few film series to be Certified Fresh for every one of its movies, and because it represents most of my childhood, the Harry Potter-verse is a very dear and very special series for me.

Which isn’t to say that they’re perfect: even the Harry Potter series has some duds, although compared to other franchises, these duds aren’t as bad, they just have a hard time stacking up against one another.

Harry Potter’s movie run times equals around 19 hours and 39 minutes, excluding the Fantastic Beasts movies (again, for better or worse), so to maximize your viewing experience, we’ve ranked the Harry Potter films from worst to best!

(The scores are all taken from Rotten Tomatoes freshness meter)

Sitting with a 78% Rotten Tomatoes freshness score, Harry Potter and the Order of the Phoenix is by far the “worst” of the Harry Potter movie franchise, despite it being my personal favorite book. In Order of the Phoenix, the entire Wizarding world is reeling from the previous movie’s revelation that He-Who-Must-Not-Be-Named, a.k.a Voldemort, has returned. Unbeknownst to most of the magical world, Lord Voldemort is slowly gathering his army of Death Eaters to once again try and bring all wizards and witches under his robes. To combat this, Harry Potter and gang reinstate the Order of the Phoenix, the magical world’s last line of defense against darkness.

Of course, Harry and friends do all of this while juggling their 5th year in Hogwarts and the arrival of one of literature’s most hated villain, Dolores Umbridge. Despite holding the lowest Fresh rating among all the Harry Potter films, mostly due to the filmmakers condensing 870 pages of source material into 138 minutes, Order of the Phoenix manages to capture a lot of the intrigue and action of the book, and more importantly, brought to life Professor Umbridge (played masterfully by Imelda Staunton), who would become an instant villainous classic. All in all, despite missing out on some details from the book, The Order of the Phoenix still maintained the book’s moody and dark storytelling vibes. Not bad for 78%!

With the release of the 7th and final book back in 2006, studio executives were at a loss as to how to trim down the closing chapters of the Harry Potter saga without sacrificing anything important. To do this, the studio made the controversial decision to split the final movie into two parts, a move that divided fans and critics alike, with one side viewing this as a blatant money grab, while the other saw it as an opportunity to tell the whole of the 7th book more fully.

Regardless of intention, the gamble worked: Harry Potter and the Deathly Hallows: Part 1 and Part 2 became one of the most financially successful films in the entire series, with the former becoming the third-highest grossing movie in the entire series, only behind Part 2 and Philosopher’s Stone, and the 10th highest-grossing film of all time.

Although it’s the second-lowest rated Harry Potter film on Rotten Tomatoes, Deathly Hallows: Part 1 still manages to score two nominations at the 83rd Academy Awards, with critics praising its brooding and dark atmosphere, superb acting, and stunning visual effects, but criticizing the movie’s pacing, which made it feel like an elaborate set-up for Part 2. Never the less, it was a worthy introduction/part 1 to the Deathly Hallows pair and managed to set-up what it needed to in its 146 minute run time.

How warm? Well, when Harry Potter and the Philosopher’s Stone (released as Harry Potter and the Sorcerer’s Stone in America) came out, it was the highest-grossing film of 2001, eventually becoming the 45th highest-grossing film of all time, and earning multiple Academy Award nominations for best score, art direction, and costume design. It also, of course, spawned the entire Harry Potter film series and catapulted Emma Watson, Daniel Radcliffe, and Rupert Grint into stardom overnight, not to mention inspiring the entire Wizarding World franchise (the 10th highest grossing media franchise of all time), which includes merchandise, books, theme parks, and a spinoff movie series.

When Harry Potter and the Sorcerer’s Stone came out, studios were worried about becoming a victim of their own success. At the time, Warner Bros. owned the movie rights to 4 Harry Potter films, and they were determined to make each one just as successful as the first.

While Harry Potter and the Chamber of Secrets fell short of the first film’s financial success, it was still the second-highest grossing movie of 2002 (falling just behind The Lord of the Rings: The Two Towers), the third-largest movie opening at the time, and nominated for multiple BAFTA awards. Critics praised the direction of the second movie, which they felt reflected the way the characters (and the audience) were maturing with each book. It’s also the longest movie in the series, with this particular Harry Potter movie’s run time at 161 minutes.

Possibly the darkest story in the entire franchise, both book and movie, Harry Potter and the Half-Blood Prince brought out all of the moody angst of the characters in full swing, all while the Second Wizarding War is happening in the background. With respect to Deathly Hallows, The Half-Blood Prince showcased the realities of war, with beloved characters perishing left and right, sometimes in a blaze of glory, sometimes outright murdered. It was a painful, tragic, and fascinating chapter in the entire Harry Potter series.

Naturally, translating this into the big screen was to become a huge undertaking, but director David Yates managed to maintain the movie series’ record-breaking streak, with The Half-Blood Prince breaking the single-day worldwide gross record for that year, the five-day worldwide gross of all time, and becoming 2009’s second-highest grossing film.

Detailing Harry’s surprise entry into the Triwizard Tournament, Harry Potter and the Goblet of Fire is, to me, the most exciting and fast-paced story in the entire series. It’s a classic adventure piece that has little-to-no dull moments, from the story’s opening scene at the Weasley house and the Quidditch World Cup and all the way through the Triwizard Tournament challenges itself. But condensing the massive 700+ page book was going to be a challenge (at the time of its release, The Goblet of Fire was the longest book in the series), something that director Mike Newell accomplished easily.

The Goblet of Fire is the first in the Harry Potter movie series to receive a PG13 rating and was the third-highest first-weekend gross for the series. It was the highest-grossing film of 2005, and the 8th highest grossing film of all time during its initial theatrical run.

Many consider The Prisoner of Azkaban as the first story in the series to really explore the darker, more sinister side of the Wizarding World, not to mention being the first story in the series to have a sense of teenage angst (the characters were all turning 13 at the time), something that reflected not only in how they dealt with their situations, but also in the general tone and atmosphere of the story.

And who better to translate this into the big screen than renowned filmmaker Alfonso Cuarón, whose body of work prior to Azkaban consisted mostly of heart-wrenching human dramas. The movie received the highest possible ratings and reviews from critics prior to the release of Deathly Hallows: Part 2, and is the first movie in the series to be both shot using IMAX technology and released into IMAX theaters. It received an Academy Award nomination for both visual effects and original score, and was the second highest-grossing film of 2004.

At 96%, Deathly Hallows: Part 2 is the highest rated movie in the entire Harry Potter series, and for good reason: the studio’s decision to halve the 7th book meant that director David Yates has 2+ hours to pack as much action and story as possible in the second part. Harry Potter and the Deathly Hallows: Part 2 is the most successful of the entire film series in many ways: it claimed the worldwide opening weekend record, grossed $1.3 billion worldwide (making it the third-highest grossing film of all time), the highest-grossing film of Warner Bros., one of the best reviewed films of 2011, and single-handedly convinced studios to greenlight the Wizarding World franchise.

PrevPreviousWhat Is National Harry Potter Day and Why Are There Two Dates?
NextUnicorns in the Harry Potter: Everything to Know About Unicorn Blood in the Wizarding WorldNext