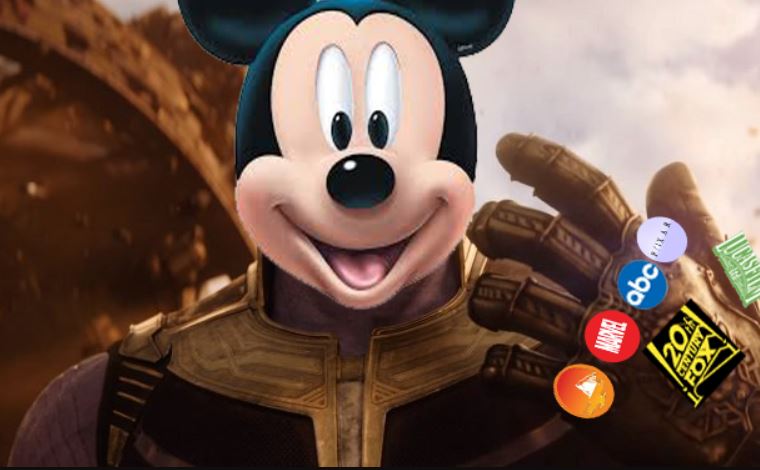 As the joke on the internet goes, Disney is the Thanos of the film industry as it collects one studio after another.

Disney has its hand in so many companies in the entertainment industry (yes, including music, theater, sports, and television) that it’s highly likely that the Walt Disney Company probably owns the rights to your favorite TV show as we speak. After all, the company is so big (it’s a $130 billion company, after all) that it can buy the rights to anything they think is profitable.

So, it’s a wonder to some why Disney still doesn’t own Harry Potter. As of writing, the Wizarding World franchise is still owned by the Warner Bros. Entertainment, a subsidiary owned by the entertainment conglomerate Warner Media, whose parents company since 2018 is AT&T. Knowing what goes on in business, however, this could change in the future.

But the Wizarding World franchise is estimated to be around $25 billion – and that’s just the Harry Potter side of the franchise and not including the Fantastic Beasts and Where to Find Them series of the franchise. So, with a franchise as lucrative as this, why hasn’t Disney tried to take Hogwarts for itself yet?

Well, the truth is: it already tried.

Harry Potter and the Disneyland Purchase

One source claimed that one of the reasons why Harry never made his way to Disney is because of the underwhelming offer J.K. Rowling received from Disney for a Harry Potter-themed attraction in Disneyland. According to Jim Hill Media’s Universal Joint podcast, Disney would put Harry Potter attractions around Disneyland as big as the leagues of Fantasyland or Tomorrowland, but would simply be a “mini-land” featured inside Fantasyland.

Had Disney gotten its way, there would be a Leaky Cauldron that served food and probably their version of butterbeer, a petting zoo inspired by a Care of Magical Creatures class, and an attraction that was similar to the Buzz Lightyear attraction, but with wands instead of guns. This was an extremely small attraction for the real potential the Harry Potter franchise could have, so it was no surprise that J.K. Rowling (along with Warner Bros.) turned it down and accepted Universal’s offer which was much more extensive and immersive.

Prior to this, Disneyland not only dominated the competition for theme parks from the ‘80s until the early ‘00s, but it made so much that it earned twice the profits of its closest competition. But in 2010, when Universal won the rights to opening a Harry Potter land called “The Wizarding World of Harry Potter.” Suddenly, Disney had a serious competitor threatening its position in terms of profit. So, in an attempt to beat the Harry Potter attraction, it turned to other franchises it thought could compete with Harry Potter.

Part of the reason why Leia Organa is now technically a Disney Princess and why Disney and Sony are battling it out for the rights to Spiderman actually has to do with Disney’s need to compete with the Harry Potter franchise. Because in Disney’s eyes, if you can’t join them, beat them.

As a result of the theme park snub, Disney has been trying to expand its Disneyland Parks around the world to feature new attractions. Now that Disney has the rights to Star Wars, for example, it opened a new area in 2019 called “Star Wars: Galaxy’s Edge” as an attraction to compete with “The Wizarding World of Harry Potter.” Having learned its lesson from J.K. Rowling and Universal Studios, it opened a themed area dedicated to the one franchise and not just a few Star Wars-themed attractions scattered in Tomorrowland.

And outside of theme parks, the Star Wars and Marvel franchises are the only two that can compete with the Wizarding World Franchise. In 2011, Harry Potter and the Deathly Hallows – Part 2 topped the list of the highest-grossing films with $1.3 billion. Disney came in 3rd place with Pirates of the Caribbean: On Stranger Tides.

Prior to this, the Harry Potter films were doing so well that Disney bought Star Wars (to be technically correct, it bought Lucasfilm, the studio that owns Star Wars) for $4 billion to compete with Harry Potter. It’s why the third installment of the Star Wars trilogy features plots similar to the Hero’s Journey featured in the Harry Potter series.

According to some sources, Disney would reportedly go on to try to buy Harry Potter on several more occasions. However, their deals couldn’t comply with J.K. Rowling’s demands, which was why Rowling eventually ended up selling the rights to one of Disney’s rivals, Warner Bros.

So, to recap, Disney does not own the rights to the Harry Potter films or the rest of the Wizarding World franchise. But who’s to say that that won’t change in the future? As long as Disney can provide an offer too good to refuse (and with their expected net worth a couple of years from now, what’s to stop them?), they might be adding Harry and his friends to the roster of Mickey Mouse’s friends.