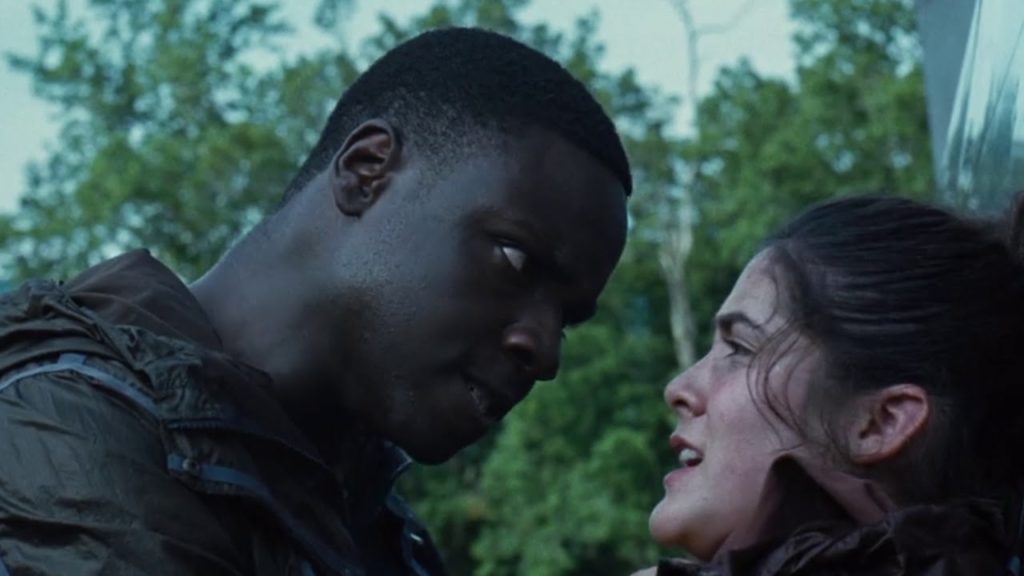 Not much is known about Thresh’s life before the 74th Hunger Games. According to the Tribute Guide, Thresh was 18 years old during the 74th Hunger Games. His household consists of his grandmother and sister, but it’s unknown if his sister is younger or older than him. Since he lives in District 11, one of the poorer districts, he might have taken tessera as part of the Hunger Games reaping. Given his age and household size, Thresh may have up to 28 entries in the reaping in exchange for tesserae rations for his family. This may explain why he got reaped due to the higher probability of his name getting picked. 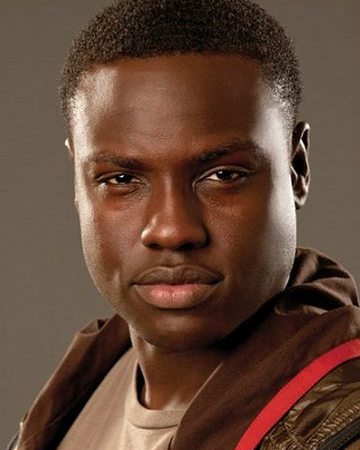 Thresh was described to be over six feet tall and with dark skin, golden-brown eyes, and cropped hair. Among all the tributes, he was the tallest and most muscular. While Thresh served as the District 11 male tribute, the female tribute was the complete opposite. Compared to the 18-year-old and heavily-build Thresh, Rue was only 12 years old, small, and not even remotely intimidating. Thresh liked Rue and pitied her for getting reaped. They eventually became friends but did not become allies in the later Games.

When the tributes all came together for the first time, Thresh was the most intimidating that even the Career pack thought of him as a threat. Thinking they could use his size and strength to his advantage, the Careers invited him to join their alliance. However, he turned this down. This would mark him as one of the Careers’ biggest threats in the arena. During training, Thresh generally kept to himself.

When it was time for the Gamemakers to score him in a private session, Thresh earned a training score of 10. In comparison to the Career pack, this makes him equal to Clove and Cato, higher than Marvel (who scored a 9), Glimmer (8), and the unnamed District 4 male (8). He scored higher than Peeta (8) but less than Katniss (11). In the films, however, Thresh was made less of a threat and his score was dropped to a 9. It’s unknown what he did during his private session, though it’s likely he used his physical strength to ear a high score.

During the tributes’ interview with Caesar Flickerman, Thresh answers curtly with single-word responses. He makes no effort to establish rapport with Caesar or to appear likable to the audience. Katniss is impressed by this since he doesn’t need to play an angle with the Capitol like she does to become memorable, and wishes she could have done the same. Given his size, muscular physique, and the physical power radiating from him, there was no need for him to have a gimmick since he became one of the Capitol favorites.

At the start of the Games, Thresh played defensively despite his physical advantage. Although it’s unknown what Thresh does at the first half of the Games in the books (everything was in Katniss’ perspective and she wouldn’t see Thresh until later on), in The Hunger Games film, Thresh is one of the first people to enter the Cornucopia. He takes a water container, a backpack, and a crescent sword before running away before any of the Careers get to the Cornucopia. The District 7 male tribute tries to stab him with a spear, but Thresh fights back by slashing the tribute’s face, killing him, before running towards the forest.

During the Games, Thresh hides out in a wheat field at the southern part of the Cornucopia. This gives him an advantage as the wheat served as both a food source and a place for him to hide. The Careers knew which general area he was in, but avoided him because attacking him in the field would give him the upper hand.

Despite his advantageous location, there was something Thresh desperately needed, though it was never specified. With Rue dead, the rule change allowing two winners from the same district did not apply to him. Since all the six surviving tributes were in desperate need of something, the Gamemakers plotted to get them to come together and announced a fear where what they needed was in the Cornucopia.

Foxface successfully got her pack, but when Katniss tries to get hers, Clove attacks her and successfully pins her to the ground by placing a dagger near her throat. Clove tries to taunt Katniss by promising to torture her. She knows about Rue’s death and Katniss’ closeness to her and taunts her about how they killed her. In reality, it was Marvel who killed Rue and died immediately after when Katniss retaliated and killed him. Thresh overhears Clove’s taunts about Rue and attacks her, pulling her away from Katniss. Thresh is clearly angry and accuses Clove of killing Rue. Knowing the danger she’s in, Clove says she didn’t kill Rue. She screams for Cato, but he’s too far away. In the books, Thresh kills her with a large rock to the temple. In the film, he cracks her skull by slamming her against the Cornucopia. In both cases, Clove’s skull is dented and she dies instantly.

In the films, Thresh simply says, “Just this time, 12. For Rue.” He then runs away. This annoys me a bit because he had no way of knowing what he did for Rue. All he actually heard was Clove saying Rue was Katniss’ “little friend” or if Katniss did anything for Rue to merit his mercy. It makes a lot more sense in the books. In the books, Thresh asks Katniss what Clove meant. Katniss explained how Marvel killed Rue, she killed Marvel, and she sang to Rue as she died. To honor Rue, Thresh tells her he’ll let her go this one time, but he owes her nothing after. As Cato approaches, he takes both his and District 2’s pack so that Cato will eventually come after him instead of Katniss.

How Thresh Dies in the Hunger Games

In the film, Thresh places 4th place in the Hunger Games, dying after Foxface but before Cato. Head Gamemaker Seneca Crane orders the arena to switch to nighttime immediately. Katniss and Peeta then here the distant sounds of wolves howling and Thresh screaming, followed by the sound of a cannon and his picture in the sky confirming his death.

In the books, Thresh places 5th before Clove and behind Foxface. After Cato mourns Clove’s death, he becomes more emotionally charged to run after Thresh rather than Katniss. It’s later revealed in the book Mockingjay that Cato and Thresh end up locked in a bloody battle. Cato gets the upper hand and manages to kill Thresh.

Later on, while Katniss and Peeta are running from the mutts, Katniss notices how some of the mutts have features that remind her of the other fallen tributes. The largest one was said to resemble Thresh. Katniss was forced to kill it because its large back legs could leap on top of the Cornucopia and attack her, Peeta, and Cato.

During Katniss and Peeta’s Victory Tour, Katniss and Peeta give a speech about Rue and Thresh. Peeta thanks Thresh for saving Katniss. Katniss admits that she only spoke to Thresh that one time. However, she also mentions how she respected his strength and refusal to be anyone’s pawn in the games. She thanks him for sparing her life. Peeta gives Thresh’s surviving family a month’s worth of victor’s earnings for the rest of their lives.

PrevPreviousDragons, Wyverns, Wyrms, and Drakes, Oh My! A Basic Rundown of the Differences Between These Fantastic Beasts
NextHow Does the Reaping System Work in the Hunger Games?Next