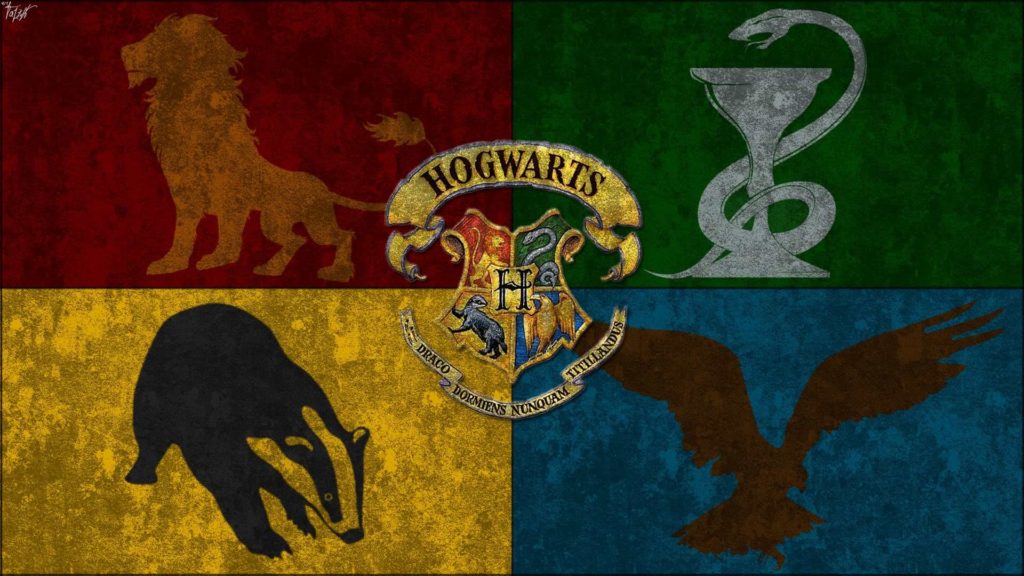 Gryffindor, Hufflepuff, Ravenclaw, and Slytherin – four houses, and an endless debate about which Hogwarts House in the Harry Potter series is the best.

As a proud Slytherin, I think a lot of people would think I’d be biased if I said the best house was my own house. But as someone who studies and does research for a living, I’d be insulted if you didn’t. As much as I want to list down all the good traits House Slytherin is known for, anyone could rebut my claims by holding up a picture of Lord Voldemort and his Death Eaters. But if anyone tried making a case for any other house, I’d be quick to name Peter Pettigrew or Gilderoy Lockhart.

This is why, despite my being a Slytherin, I’d have to say that Hufflepuff is the best house of them all. Yup, you read that right. Sure, a lot of articles will say that there is no best house because they all equally have bad and good traits. But here’s why I think Hufflepuff with its students is the best house to join.

Are All Houses Equal?

You know that saying, “Everybody is a genius. But if you judge a fish by its ability to climb a tree, it will live its whole life believing that it is stupid”? This is exactly what happens when you try to judge the four Hogwarts Houses off the same traits.

For example, if you were to judge students based on who would be most likely survive when they come across a Sphinx, you’d know that Ravenclaws were likely to win. On the other hand, if four people from four houses were tasked with the best way on how to deal with a dragon, Gryffindors would win.

I wrote a previous article describing the four Hogwarts Houses in detail, but let’s make a brief recap of House Hufflepuff.

Hufflepuff is named after its house founder, Helga Hufflepuff. When the four founders decided to accept students that exemplified the traits that they wanted most from their students, Hufflepuff took in students that were hardworking, fair, and loyal.

However, some people interpreted this to mean that Hufflepuffs are the house of discarded students that weren’t ambitious, brave, or intelligent enough for other houses. As a result, Hufflepuffs get a negative reputation for being weaker than the other three houses.

In reality, though, Hufflepuffs can be just as ambitious and cunning as a Slytherin, brave and aggressive as a Gryffindor, and as wise and creative as a Ravenclaw. However, even if a Hufflepuff is a combination of these things, a true Hufflepuff will choose loyalty and the right way of doing things no matter how hard the job is.

Why Hufflepuffs Stand Out

I think Hufflepuffs stand out among all other Hogwarts Houses because of three reasons:

Hufflepuffs value kindness, honesty, fairness, and justice. They are impartial to all, regardless of the stereotypes or prejudice set on a person, and can trust anyone who has proven that they are worth trusting. That doesn’t mean Hufflepuffs are soft and gullible, though: with good reason, Hufflepuffs can fight for what they believe in and can be just as aggressive as a Gryffindor for times when they believe they are fighting for the right cause.

They can befriend anyone regardless of house – even Slytherins who are often avoided due to their bad reputation. A Hufflepuff can believe in others and can be very patient. Some people may see this as being weak, but in reality, it’s just a Hufflepuff being a genuinely good and decent person.

Hufflepuffs will side with what is good. During the Battle of Hogwarts, all those who were capable of fighting in Hufflepuff stayed back to fight for Hogwarts. Compared to Ravenclaw where the majority stayed behind and Slytherin where only a handful stayed, Hufflepuff stood beside Gryffindors. The difference between the two houses, however, is while Gryffindors would more likely stay behind out of pride, honor, and bravery, a Hufflepuff will stay behind because of loyalty and knowing that it is the right thing to do.

Low to No Dark Wizards and Witches

If you look back at all the Hogwarts students and alumni mentioned in the series, you’ll notice that Hufflepuffs have the lowest amount of Dark Wizards. As of writing, no Dark Wizard from Hufflepuff comes to mind. I could be wrong, but I’m pretty sure there were no Death Eaters or generally bad people that come from Hufflepuff.

The only person that comes to mind that doesn’t fit the mold is Zacharias Smith, a Hufflepuff boy in Harry’s year who was unpleasant at worst. He was described to be haughty, obnoxious, and a bit full of himself. He was also seen leaving with the first-year students being evacuated from Hogwarts, showing that he did not want to stay and fight despite being old enough to stay.

We also have the Hufflepuff Justin Finch-Fletchley in his earlier years at Hogwarts, who easily believed rumors that Harry was the Heir of Slytherin and would avoid Harry out of fear. They got along well enough when it was proven that Harry was innocent, but Harry was chosen as the second Hogwarts Triwizard Champions, he was one of the few students who acted coldly towards him because he though Harry was trying to steal the spotlight from Cedric Diggory.

These two are not the best examples of Hufflepuffs, but they aren’t evil. Gryffindor has Peter Pettigrew, who was a coward (not a crime) but murdered Cedric Diggory and is one of the main reasons Voldemort returned in 1994. Ravenclaw has Marietta Edgecombe who was skeptical of Harry Potter (not a crime) and Gilderoy Lockhart who wasn’t very smart except for one spell (not a crime), but then used memory charms on people, stole their adventures and passed them off as his own, and tried to do the same to two 12-year-old students. And don’t get me started on Slytherin.

So, Hufflepuff may have a few students that aren’t the best people to hang out with, but in terms of Dark Wizards, Death Eaters, and evil characters, Hufflepuff has not produced a witch or wizard who had gone bad because its students have strong moral compasses in doing the right thing.

Loyalty and Goodness Over Anything Else

Most people interpret Hufflepuff as being the house for people who meet none of the criteria for the other three houses. This isn’t true. In fact, if you think about what the Sorting Hat said, it can mean that a person has high ambition, intelligence, and courage, but they can easily set that aside in favor of being loyal and good to the people around them.

Having high ambition means rising in the ranks. But if they see that they need to step on other people just to fuel their ambition, they will not do that and find another way to reach their goals. A Hufflepuff can be just as smart as a Ravenclaw, but they will use their intelligence to help others rather than for the sake of showing off how smart they are. And they can be brave in the face of danger, but they will fight because it is the right thing to do, especially when they know others need them to.

So, when you think about it, a lot of Hufflepuffs could have done very well in other Houses. However, those lucky enough to make it in Hufflepuff are those who choose loyalty and goodness above all. So, it’s really ironic how a house that is always seen as the underdog to the rest of the three houses is actually the one that stands out among the others.