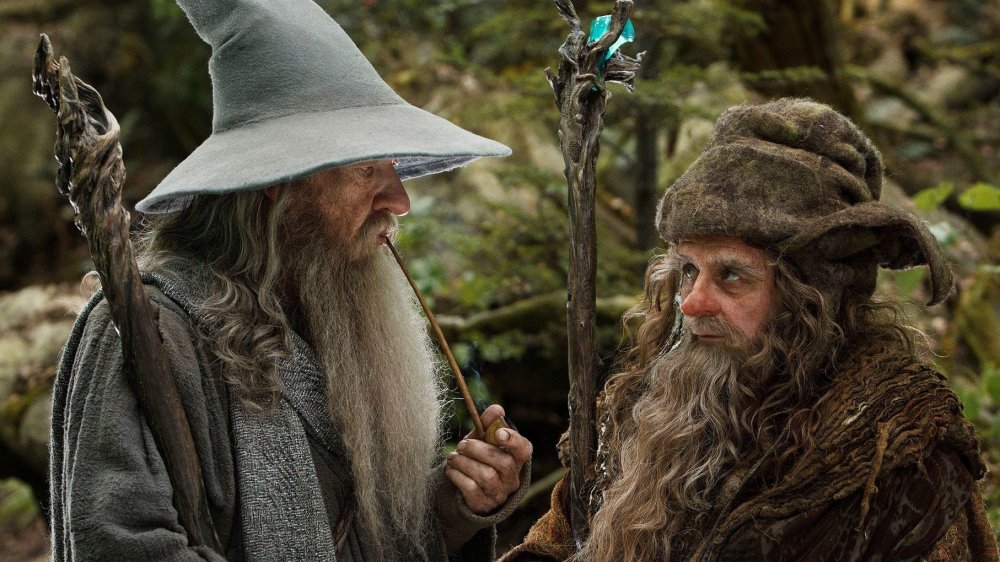 In the Lord of the Rings movies, both Saruman and Gandalf were part of a council of Wizards that were supposed to help the Free Peoples of Middle-earth against Sauron. Of course, we know what happened to Saruman and Gandalf, but what about the rest of the Wizard Council, otherwise known as the Istari?

What are the Istari?

The Wizard Council, known as the Istari, were five Maiar spirits that were sent to Middle-earth by the Valar in order to help the Free Peoples against the rising threat of Sauron. Upon arrival in Middle-earth, the Istari took on the form of wizened old men who seemed to age extremely slowly, or not at all. They all bore staves that contained their power as Maiar, and they possessed all of the knowledge they received from the Valar.

The Istari wore robes that indicated their rank within the Wizard Council: Saruman, being the eldest and most powerful, wore white as the leader of the council, Gandalf wore grey and was second-in-command, Radagast the Brown, third in power, wore brown, and the Blue Wizards Alatar and Pallando wore sea-blue robes.

Also known as Saruman, Curumo (known to the Elves as Curunir, meaning “the skillful one”) was a Maia that served the Vala Aulë the Smith (just like Sauron, who eventually served Morgoth, LotR’s ultimate villain). When the Valar council led by Manwë decided to send their Maiar to Middle-earth they chose Curumo to lead the other Istari.

Upon arrival at the Grey Havens, however, Cirdan the Shipwright, Master, and Keeper of the Havens, secretly recognized Gandalf as the wisest and strongest of the Istari by gifting him with Narya, one of the Three Rings of Power. This event planted the seeds of jealousy within Saruman, who believed himself to be more worthy of the ring. Nevertheless, the Istari departed the Grey Havens and went about their mission on Middle-earth. Curumo, now known as Saruman, went east of Middle-earth along with the Blue Wizards for a millennium and a half.

In the year 2463 of the Third Age, the White Council was formed, at the request of Lady Galadriel, in order to combat the growing influence of Sauron. The council consisted of three of the five Istari (Saruman, Gandalf, and Radagast), Lady Galadriel and Elrond Half-Elven, Cirdan the Shipwright, and Lord Glorfindel. Saruman was appointed the head of the council, despite Lady Galadriel’s wishes for Gandalf to lead it. This furthered Saruman’s jealousy of Gandalf, although he tried to keep it hidden.

Unbeknownst to the rest of the council (although Gandalf had his suspicions), Saruman had already started desiring the One Ring and its powers for himself, secretly sending out spies to gather more information about Sauron.

Eventually, Saruman secretly allies himself with Sauron, in the hopes of either serving the Dark Lord as his most trusted Lieutenant (the same way Sauron was to Morgoth) or to overthrow him and become master of the One Ring himself. He sheds his title as Saruman the White, completely disavowing the White Council.

Saruman waged war with the Free Peoples of Middle-earth openly, sending out armies of Uruk-hai to attack Rohan and to harass the Fellowship of the Ring. He is defeated, however, when the Ents launch a surprise attack on Isengard, Saruman’s stronghold. He is expelled from the White Council, supplanted finally by Gandalf the White, and is banished from Isengard. Saruman finds his way to the Shire, where he takes over Hobbiton with a band of ruffians. He meets his demise after his defeat at the Battle of Bywater when Grima Wormtongue slits his throat.

As a Maia, LotR’s version of guardian spirits, Saruman is technically immortal; when a Maia is killed, their spirit is sent to the Hall of Mandos, where it awaits judgment and then sent back to Middle-earth. However, because he refused Gandalf’s offer of clemency after his defeat in Isengard, Saruman’s spirit is barred from ever regaining power, or form, doomed forever to wander the Halls of Mandos, never to return to Middle-earth ever again.

Aiwendil, also known as Radagast, was a Maia that served the Vala Yavanna, Queen of Earth. The Vala council that sent the Istari originally only wanted to send four Maia to Middle-earth to deal with Sauron’s rising threat; however, after much convincing, Yavanna persuaded the council to include her Maia Aiwendil.

Upon arrival at the Grey Havens, Aiwendil was renamed Radagast by the Ñoldors, the race of Elves that were in power during the Second Age. When the Istari went their separate ways, Radagast built a reputation for himself as a lover of all things nature. He quickly became known as a protector of the great forests of Middle-earth and all the animals within, caring very little for the affairs of Men and Elves. Radagast also distanced himself from Saruman, with the latter considering Radagast a fool and despised him greatly.

But despite Radagast’s seeming unconcern for the balance of power in Middle-earth, he eventually settled at Rhosgobel, situated on the borders of Mirkwood, to help stave off the Shadow of Dol Guldur, preventing it from fully engulfing the enchanted forest. There, he became friends with the inhabitants of that region, mostly to animals and birds, and was close friends with the Great Eagles. In the Lord of the Rings, the Rangers, despite being very familiar with the forests of Eriador, were not familiar with Radagast.

During the War of the Ring, Radagast unknowingly aided Saruman in his quest to attain the One Ring. Thinking that the leader of the Istari was still uncorrupted, Radagast allowed Saruman to use his animal and bird friends as spies to search for the ring. Radagast was also instrumental in Gandalf’s capture and imprisonment in Isengard, as he was the one who delivered Saruman’s summon of Gandalf to his tower. Eventually, he learned of Saruman’s treachery and lust for power, and he was able to convince Gwaihir the Windlord, leader of the Great Eagles, to rescue Gandalf from Saruman’s clutches.

Beyond this, however, his actions during and after the War of the Ring are not known, although scouts sent to Mirkwood after the Council of Elrond passed through Rhosgobel but found no one there. However, some fans speculate that Radagast returned to his main ‘duty’, i.e. caring for the various flora and fauna of Middle-earth until he is recalled by the Valar in some unspecified time.

The Blue Wizards, or the Ithryn Luin, are a pair of mysterious Wizards that may, or may not, have been part of the Istari, or Wizard Council, that was sent by the Valar in TA 1000. In Unfinished Tales, Morinehtar, later known as Alatar, was a Maia of the Vala Oromë, the Huntsman. During the council, Oromë asked Morinehtar to join the Istari, which the Maia agreed to, but only if he could bring his friend Rómestámo, later known as Pallando. The Vala agreed, and the two were sent to Middle-earth.

After the Wizards parted ways in the Grey Havens, Saruman joined Alatar and Pallando east of Middle-earth, to liberate the last of the Men of Númenor from the control of the Haradrim. After a millennium and a half, only Saruman returned from the east. The fate of the Blue Wizards in the East is not entirely known, although, in The Letters of J.R.R. Tolkien, the writer believes that the Blue Wizards failed in their mission and that they may have started “magic” cults that persisted long into the Fourth Age.

PrevPreviousA Lord of the Rings Primer: The Maiar, Servants of the Secret Fire
NextHow Many Marvel Movies are There? We List All the MCU Films in OrderNext