That’s Not a Castle Spire: Strange Facts About Your Favorite Disney Movies 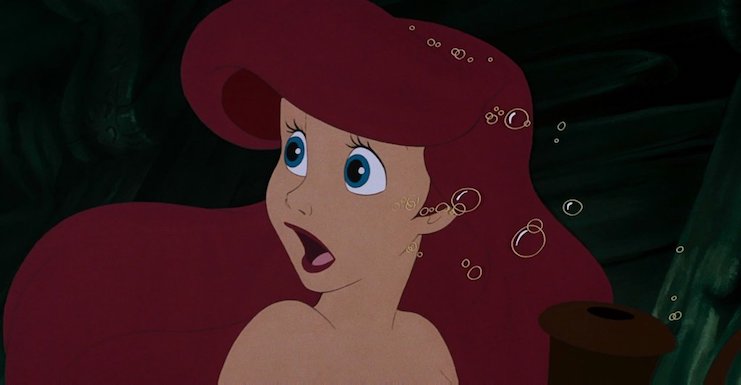 But like everyone else, Disney started out small, and in the early days of their animated films, strange things were afoot.

The Original Little Mermaid Cover Has a Penis on It

After The Little Mermaid’s home video was released back in May of 1990, eagle-eyed fans spotted something…strange in the background.

If you look closely at one of the spires in the backdrop of the Original Little Mermaid VHS cover, you’ll find something pretty hard to miss: a penis. There’s no two-ways about it, it really seems like someone cheekily slipped in a phallic symbol in one of Disney’s most beloved movie’s artwork. It’s like, where does The Little Mermaid take place, Hooters? Of course, Disney was quick to claim that the unfortunate addition of a schlong was accidental, but rumors about its origins circulated anyway. In fact, by the mid-90’s, people were more interested in learning about the truth behind the D, instead of talking about aspects of the movie, like, what animation process was used, or what were the Little Mermaid’s sisters names (seriously, they are a mystery).

The most popular theory is that a disgruntled employee added the D in the original Little Mermaid cover as an act of defiance after being told that they were getting fired. Of course, like all rumors, it had very little in terms of supporting facts: the original artist himself, David Woodman (an ironic name, with regards to the topic), denied the claims, saying that, as a freelance artist, he was neither ‘disgruntled’ nor ‘fired’: it was a special project that he was happy to work in, and was paid handsomely for. After all, this is a kid’s movie, and the artist knew the difference between sirens and mermaids (one was wholesome and the other, well, not so).

So what’s the truth behind the penis in the original Little Mermaid cover art? It wasn’t just accidental: the artist drew a spire with a curved end, someone somewhere thought it looked a bit phallic, word got around (and out of hand), and it became one of the strangest myths about a Disney film (that and Jessica Rabbit’s full frontal shot, which, unlike this one, isn’t exactly a myth).

In 1943, at the height of the Second World War, the United States government found itself in a financial quandary; the war was starting to turn in favor of the Allied nations, but Uncle Sam was starting to get low on funds. To do this, the government started issuing War Bonds, a type of debt security that was issued to people at a rate lower than market value. Naturally, the idea of loaning your government money at paltry interest rates isn’t all that appealing, so the government tried to sell it with the most effective marketing strategy possible during times of war: propaganda.

And what was America’s most powerful propaganda machine? Hollywood and Disney Studios. Enter Der Fuehrer’s Face, a 1943 short film produced by Walt Disney studios featuring everyone’s favorite cantankerous mallard, Donald Duck, as a hapless citizen of a Nazi-occupied town, completely brainwashed to serve the Fuhrer and the Nazi war machine. Fortunately, at the end of the film, it’s shown that Donald was only having a nightmare, and that he was still a proud American in the good ol’ U.S. of A.

But before you go off in a millennial-rage about how un-PC this was, remember: this was World War 2, the context of war was very different to anything we have at the moment. Yes, the American government was no saint during this time: in fact, a lot of the stuff the film depicted, meal rationing and civilian employment in war factories, was commonplace in all countries (including the United States), but you also have to remember that it was a movie poking fun at Nazis.

And hey, there’s not a lot of arguments against that in my book.

Sleeping Beauty Spent SEVEN Years in Production, Only to Flop

It’s become one of the most endearing, not to mention enduring, of all the Disney classics. Sleeping Beauty, an adaptation of the classic fairy tale and using music adapted from Tchaikovsky’s ballet of the same name, is an icon of both story telling and animation. This was the first animated film to be shot using the Super Technirama 70 process and the second full-length animated feature film to be filmed specifically for anamorphic widescreen. Basically, it was a technical marvel that ushered in a then-new era of animation.

Unfortunately, it was also a disappointing flop.

After spending seven years in production, thanks to various delays –not the least of which being the original director, Wilfred Jackson, suffering a massive heart attack –and pushback from the studio to make it the “ultimate animation”. It was originally slated for a Christmas 1957 release, but re-shoots, changes in art direction, and the overall degree of technical difficulty it took to shoot it, pushed it back to a January 1959 release.

But all of that technical marvel couldn’t save it from critics who compared Sleeping Beauty with Snow White and the Seven Dwarves, which was released a full 8 years before. The art direction, which went with a mix of Art Deco and Medieval, was criticized for being crude, blocky, and “cute”, making a meager (compared to their other releases) $51 million against a $6 million production budget. It was so bad that Disney studios refused to do another fairy tale adaptation for a full 30 years. They literally had to wait until Walt Disney himself passed away in 1966 to even talk about another animated film based on a fairy tale. Yeah, it was that bad

Ok, not exactly an animated film, but the Disney theme parks are so chock-full of urban legends and myths, it’s hard to not include them in a ‘strange facts’ list about the Magical Kingdom. It’s well known that Disney makes it a point to make their parks the ‘happiest place on Earth’ by all means necessary.

Yes, it’s as ominous as it sounds.

How bad? Well, for one, Disney makes all ‘cast members’ (i.e. the people inside the mascot costumes) wear special underwear that’s designed to look seamless under clothes. This way, the illusion of your favorite character coming to life isn’t ruined by the outline of granny panties. But here’s the kicker: you can’t take that special undies home.

That’s right, those garments are shared by dozens of cast members, each one pouring sweat and tears into undies just so another poor soul can use it a few hours later. This was standard for awhile, but thankfully, Disney changed the rules and started providing clean undies for cast members…in 2001. Yes, it took the park 45 years to provide their employees with clean underwear.

But that’s ok, park goers aren’t going to notice anything, especially considering that Disney employs a whole bunch of psychological techniques to not only make your stay magical, but also, to distract you from the pains of their employees. One of the strangest things they use is a Smellitizer, a device that pumps out a faint, but noticeable, vanilla scent in their parks. Scientists figured out that the smell of vanilla was one of the most relaxing and home-y scents out there, so by filling the park with the smell of cookies, it will always feel like home.

PrevPreviousClaw Fight: Vibranium vs. Adamantium
NextA Sea of Difference: The Difference Between Sirens and MermaidsNext 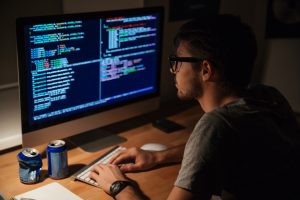 Geek Culture: Making a Profit Out of Your Hobby