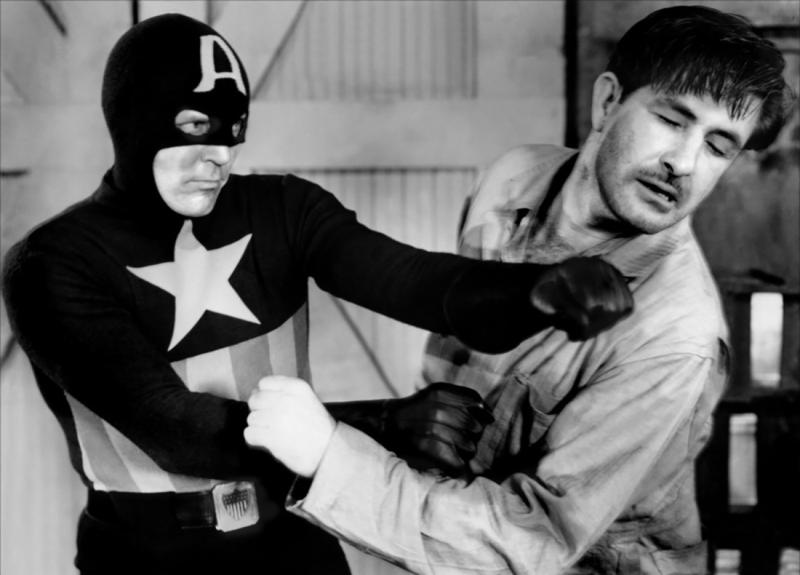 Today, Marvel Studios is arguably the most successful movie franchise in film history. With how many Marvel movies there are in the certified blockbusters list, it’s almost impossible to find someone who doesn’t know the Avengers.

While Iron Man (2008) was received well by the mainstream public, it wasn’t the first Marvel movie nor was it the first film to feature a Marvel character. The Marvel Cinematic Universe (MCU) that you, along with millions of fans, enjoy today is the product of 80 years’ worth of ideas, failures, and successes.

Over the decades, long before the world fell in love with cinematic Tony Stark, there were a lot of TV movies and theatrical films that cashed in on the brand. Some of the films were quite good, while there were those that truly sucked. Marvel had to start somewhere though, even if it meant putting out less than mediocre films met with lukewarm reception.

Let’s take a trip down memory lane to discover the first Marvel movie ever.

76 years ago, Captain America became the first Marvel character to have a live-action movie. “Captain America” was a serial from Republic Pictures, serving as the first on-screen adaptation of a Marvel Comics character.

Can it be considered the first Marvel movie? Well, not necessarily, since Marvel was still known as Timely back then. The movie serial also abandoned the basics of the beloved comic book character. Instead of the US Army Private Steve Rogers, the famous blue-red-white suit was worn by Grant Gardner, a District Attorney. There were also no Nazis, no Super-Soldier serum, and no massive patriotic shield! It was an odd cross between the noir/crime serials and superhero genre that Republic Studios put out during that time.

But even though it can’t be considered as the first Marvel movie ever, it’s still a ton of fun to watch for avid Captain America fans. The choreographed action and successive moments of suspended climax made the serial very entertaining for both comic book enthusiasts and casual moviegoers.

The full serial has since found its way to Youtube. Here’s a playlist of all the episodes:

For many fans, they regard Howard Duck as the first Marvel movie ever, as it was the first big-screen film to feature a Marvel character. This 1986 big budget spectacular was produced by George Lucas, the man behind another successful movie franchise – Star Wars.

What was it about?

The plot revolves around the title character who was accidentally yanked off his own planet (where the dominant species are ducks) and dropped into Cleveland. He saves a young struggling rocker named Beverly and starts his own adventure to go back to his home planet. After learning about the device that brought him to Earth, it accidentally brings down a demon, the Dark Overlord. Howard becomes Earth’s only hope to save the planet from galactic conquest.

Based on the hit ‘70s comic, Howard the Duck boasted a budget of $30 million. Powered by its huge comic following and the force of Lucas’s special effects team, the movie was set to be a sure-fire blockbuster hit. That is, until the people saw it.

Why did the movie flop?

The bizarre decision to make the film live-action instead of animated was just one of the many problems with Howard the Duck. For instance, there’s the notorious scene in which Howard gets thrown into a hot tub where two people are having sex. The movie also implied that Howard and Beverly had human/duck sex, which was uncomfortable for both kids and adults. For a movie that’s supposed to be PG, it was filled with racy references that weren’t family-friendly at all.

The animatronics were also a disaster. As the film had a limited pre-production schedule, they didn’t have much time to perfect the technology that was meant to bring Howard to life. When shooting began, the crew was disappointed to find out that the inside of Howard’s electronics-filled neck was visible whenever he opened his mouth.

Additionally, the director, Willard Hyuck, had trouble coordinating with the puppeteers who remotely controlled Howard’s face. If you watch the film, it’s particularly cringe-worthy how fake Howard and his facial expressions look.

As the completely absurd movie was a catastrophe, Howard the Duck is now regarded as one of the worst movies ever made. It’s a bit unfortunate for the first Marvel movie ever to have this kind of reputation, but Marvel has gone a long way since its days of bad decisions.

Howard the Duck’s Appearances in the MCU

Nearly 34 years after Howard the Duck’s first appearance on the big screen, the character now has managed to sweep up three MCU credits under his belt.

Guardians of the Galaxy

Marvel fans were shocked into laughter when the movie’s post-credits sequence reintroduced the infamous duck to film audiences.

After the mishap on Knowhere regarding Carina releasing The Orb’s power, a beaten-up and battered Collector sits in the remnants of his museum, drinking from a green cup. Seconds later, Cosmo goes to the Collector and begins licking his face. Howard, who was undamaged in his containment cell, watches the two of them and says that the act was gross.

Guardians of the Galaxy Vol. 2

A few months after the event at Knowhere, Howard goes to Contaxia, where he has a date in the Iron Lotus with a woman. During the date, Howard attempts to charm the woman, telling her a joke about his species and saying she’s out of luck until she’s gone duck.

Howard was among those who survived Thanos’ snap in 2018. In 2023, Howard is teleported to Earth from Contraxia with the Ravagers to fight in the final battle against Thanos.

In 2008, Marvel Studios took a risk that should be analyzed in business schools and film classes when it gave birth to the Marvel Cinematic Universe by releasing Iron Man. Marvel made a gamble with Robert Downey Jr., who was something of a pariah given his history of substance abuse and legal woes, when they made him play Tony Stark. Stark would later become the backbone of a cinematic franchise unlike anything pop culture has seen.

Why did they choose Iron Man to jump-start the MCU?

How did Marvel decide that Iron Man was the right character to feature in the first MCU film? Simple – he had the coolest toys.

Ben Fritz, in his book, “The Big Picture: The Fight for the Future of Movies,” explains that Marvel went to kids and asked them who their favorite superhero was. At the time, they were hoping to profit off the toys and merchandise while breaking even on the Marvel movies.

Groups of children were shown photos of various Marvel comic book superheroes and told about their powers, weapons and abilities. The kids were then asked which hero they’d like to play most with as a toy and Iron Man was the clear landslide victor. That simple survey put Tony Stark in a leading position to be first hero out of the basement for Marvel’s fledgling production studio.

To be honest, Iron Man isn’t a surprising pick if you consider things from a kid’s mindset, with no clue about the history of the characters. Unlike most superheroes who wear tights, Iron Man has a badass suit of armor that makes him look ultra-cool. Plus, he can fly and shoot energy beams from his hands.

Iron Man is also extremely profitable from a business standpoint. Since Tony Stark designs different types of armor, this means that Marvel can easily make numerous kinds of action figures, each one looking majorly or slightly different from the rest.

It is quite fascinating that one of the key decisions in the start of a multi-billion-dollar movie franchise was partly decided by a bunch of kids in a room — picking out the hero they want to play with the most. There is something cynical about the approach, given that the studio didn’t really care about producing the best story. They were gearing more towards a film that would act as a big budget toy commercial.

Fortunately, Iron Man was both creatively successful and a merch mover. The film grossed $585 million worldwide, creating a fresh narrative for Robert Downey Jr. and riding the character to become one of the best paid actors in Hollywood.

Iron Man toys, from action figures to deluxe helmets, are also constantly among the top products the toys and games category on Amazon.

What’s the future of Marvel movies?

The studio has gone a long way since the first Marvel movie ever produced, giving us so much to look forward to in the next few years. They’ve already announced plans for upcoming movies and TV series and after that – who knows?

After all, it’s Marvel’s universe. We’re just living in it.

PrevPreviousWhat Is FNAF: We Explain the Basic Lore Behind Freddy Fazbear’s Pizza Place
NextAre These Characters Marvel or DC? A Primer for New FansNext 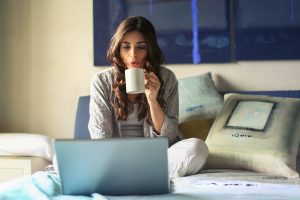 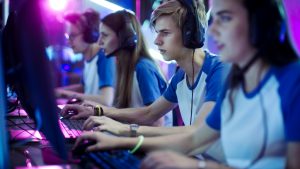