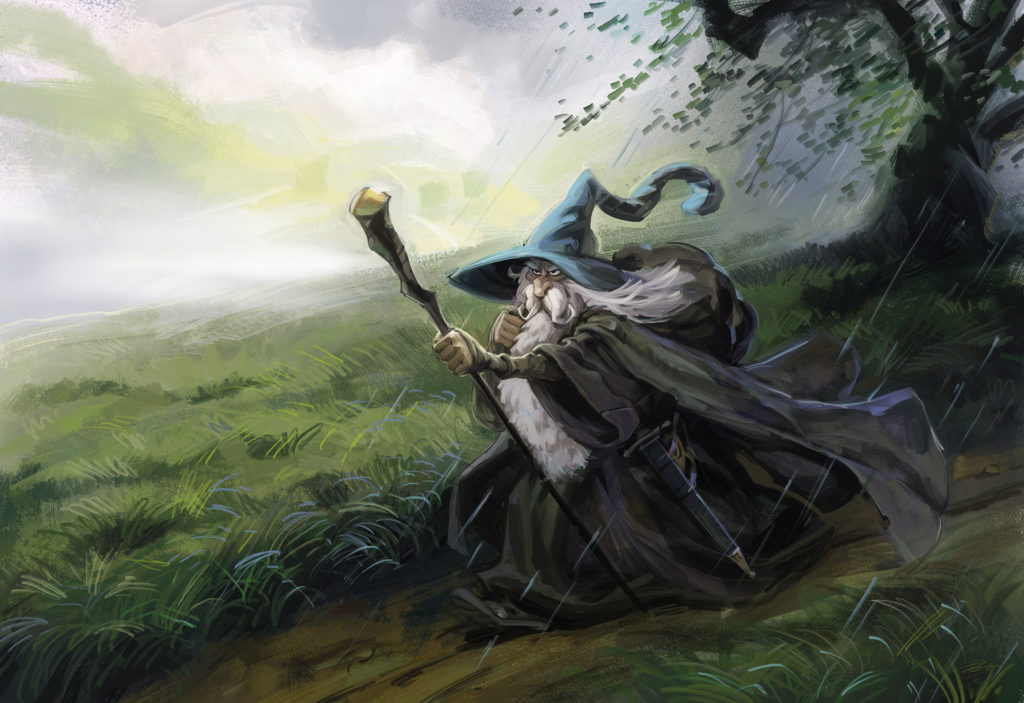 No magic series is complete without some old, wizened wizard guiding the heroes along in their journey. Chief among these wizards are three of the most powerful magic wielders in fantasy: Gandalf, Dumbledore, and Merlin. But if we pit the three against each other, who would actually win? Sure, pitting Harry Potter vs. Lord of the Rings vs. Arthurian legend in terms of revenue would be unfair (because HP would, and has, pretty much smoked all of them), let’s take a look at their individual wizards and see which one takes the cake.

Arguably the strongest wizard in the Harry Potter universe, Albus Percival Wulfric Brian Dumbledore was the beloved headmaster of the Hogwarts School of Witchcraft and Wizardry in England, the Supreme Mugwump of the International Confederation of Wizards, and the Chief Warlock of the Wizengamot (Britain’s highest Wizarding court of law). Albus Dumbledore is both an esteemed academic and a veteran of three Wizarding wars, having battled against two Dark Lords in his lifetime while wielding the Elder Wand, the HP-verse’s most powerful weapon (crafted by Death himself!).

Even as a young man, Dumbledore was noted for being an exceptionally talented wizard, having mastered highly advanced magical principles on his first year at Hogwarts, being considered the school’s most gifted student of all time. He’s also a renowned duelist, unmatched even by the Dark Lords Grindenwald and Voldemort, with the former only being able to best Dumbledore due to their unbreakable Blood Pact (which rendered Dumbledore physically incapable of taking direct action against his former lover).

One of the skills that prove him to be one of the greatest wizards to ever walk the earth is his proficiency and mastery of wandless/non-verbal magic, an extremely difficult skill set that very few in the magical community could perform, let alone perform simultaneously.

As Britain’s chief wizarding lawyer, academic, and educator, Albus Dumbledore has proven himself to be an effective and charming leader, having to lead the English Wizarding community through some of its most trying times, not to mention adding his extensive knowledge to the forwarding of magical thought and theory.

His unmatched magical skills and his voluminous contributions to magical study made him one of the greatest wizards of all time in the HP-verse. I mean, sure he’s dead but, that doesn’t mean he wasn’t one of the wizarding G.O.A.Ts!

Geoffrey of Mornmouth’s book was the basis for later writers’ depiction of Merlin, eventually cementing him as a key character in Arthurian legends and the Grail Cycle. In the Arthurian legends, Merlin is said to be a Cambion, a mythical creature that’s half-man, half-demon, with writers depicting him as the offspring of either a human man or woman and an incubus or succubus. In the Old French poem Merlin, Robert de Boron (whose account of Merlin is based on Historia Regum) depicts Merlin as being conceived as the next Antichrist who would undo the effects of the Harrowing of Hell, an event in Christian mythology wherein Christ descended to Hell to liberate the souls of the righteous.

The devil’s plan is thwarted when a priest named Blaise immediately baptizes baby Merlin, thus freeing him of his evil destiny. Because of his supernatural heritage, however, Merlin is imbued with magical powers that include preternatural knowledge of the past and the present, with God also granting him prophetic powers to see the future. In the poem, Merlin is also described as having the power to shapeshift.

Later medieval works, however, shifted their stories away from Merlin’s prophetic powers and focused more on his purported magical prowess, eventually becoming King Arthur’s court wizard (King Arthur’s birth, after all, was also engineered by Merlin himself). While the stories don’t go into great detail about his exact powers, we do now that he was considered to be the most powerful wizard of all time, seemingly shapeshifting with ease and enchanting man, beast, and other things with his magic.

Eventually, Merlin falls victim to his one weakness: women. In chivalric romance, Merlin is depicted as falling in love with, and eventually being betrayed by, his half-sister/apprentice Morgan le Fay. Later works, however, change this to Viviane (also known as Niniane, Nimue, Niviane, or the Lady in the Lake). Sources vary as to how Merlin came to his end, with most stories describing Merlin as being buried and/or imprisoned in a crystal cave, a magical tower, a hole under a rock, or a tree, with most of those events happening in the enchanted forest of Brocéliande. I guess not even wizards are immune to femme Fatales.

One of the most influential characters in the entire Lord of the Rings series, Gandalf, also known as Gandalf the Grey, Gandalf the White, and originally Olórin, was an Istar, or Wizard, sent by the Valar in the Third Age to combat the rising threat of Sauron, Morgoth’s lieutenant and the second-most threatening evil in all of Middle-Earth.

Gandalf is a Maiar, a primordial spirit created by Eru Ilúvatar at the beginning of the World to help the Valar shape Arda, or Middle-earth. They’re basically angels, with the Valar as gods (or, quasi-gods, as esteemed Tolkien expert Stephen Colbert puts it), with Eru Ilúvatar as the Supreme Being. The Maiar were basically slightly-lesser versions of the Valar, although they still wielded immense power that could shape or reshape the world.

At the beginning of the Third Age, Manwë Súlimo, King of the Valar and the Valar of the Winds, sensed Sauron’s growing power and evil and decided to send five of the Maiars to counter this, renaming them Istar, or wizards. Originally, Gandalf was hesitant to go, as he was afraid of the Dark Lords power. However, Manwë convinces him to go, mentioning that his fear is exactly why he should go, so that he will overcome it.

Throughout his journey across Middle-earth’s Third Age, Gandalf proved himself a wise, noble, and kind friend to Men, Elves, and Dwarves alike, all of whom gave him distinct names and honors, such as Mithrandir or the “Grey Pilgrim”, Tharkûn, and of course, Gandalf the Grey (later on Gandalf the White). Gandalf wandered Middle-earth, combatting evil when he encountered it, and eventually became instrumental in Sauron’s final defeat, along with the Fellowship of the Ring and the united armies of Gondor, Rohan, and the remaining Elves (I’m sure you’ve heard of that). With his mission complete, he joined the Elves and Frodo on the White Ship to the Undying Lands of Valinor, never again to be seen in Middle-earth.

Unfortunately, Dumbledore was killed in the Second Wizarding War by Severus Snape in a bid to secure the latter’s position within Voldemort’s army. This was, of course, a willing death, and part of a plan to ensure that the good guys can eventually have control of the Elder Wand.  Meanwhile, after being seduced into his prison/grave by his saucy apprentice, Merlin also meets his untimely demise, having foolishly passed on all of his magical knowledge (both white and black) to his eventual murderers.

Gandalf, on the other hand, not only completed his mission, but he was also the only Istar to do so, with the rest either turning evil, like Curumo, also known as Saruman, or just simply ignoring their mission completely, like Alatar and Pallando, the Blue Wizards.

As a primordial spirit, Gandalf wasn’t human at all; yes, Merlin was half-demon, and Dumbledore might have been the greatest human wizard of all time, but Gandalf, the Servant of the Secret Fire and Wielder of the Flame or Arnor, was a primordial spirit imbued with the power of god himself. Sure, Merlin and Dumbledore could cast spells and enchantments, but Gandalf’s power was so immense, it could literally break the world. If it was Harry Potter vs. Percy Jackson, you can probably trust Dumbledore to win if he subbed for the Boy Who Lived. Heck, he can probably even take on Merlin, although I doubt he could win against a half-magical creature. But against a spirit created in the beginning of time?

This is no contest: in a battle between Gandalf vs. Dumbledore vs. Merlin, Gandalf would win, hands down.

PrevPreviousIs the Hunger Games from Mockingjay a Real Bird?
NextDivergent’s Candors: The Hufflepuffs of DivergentNext